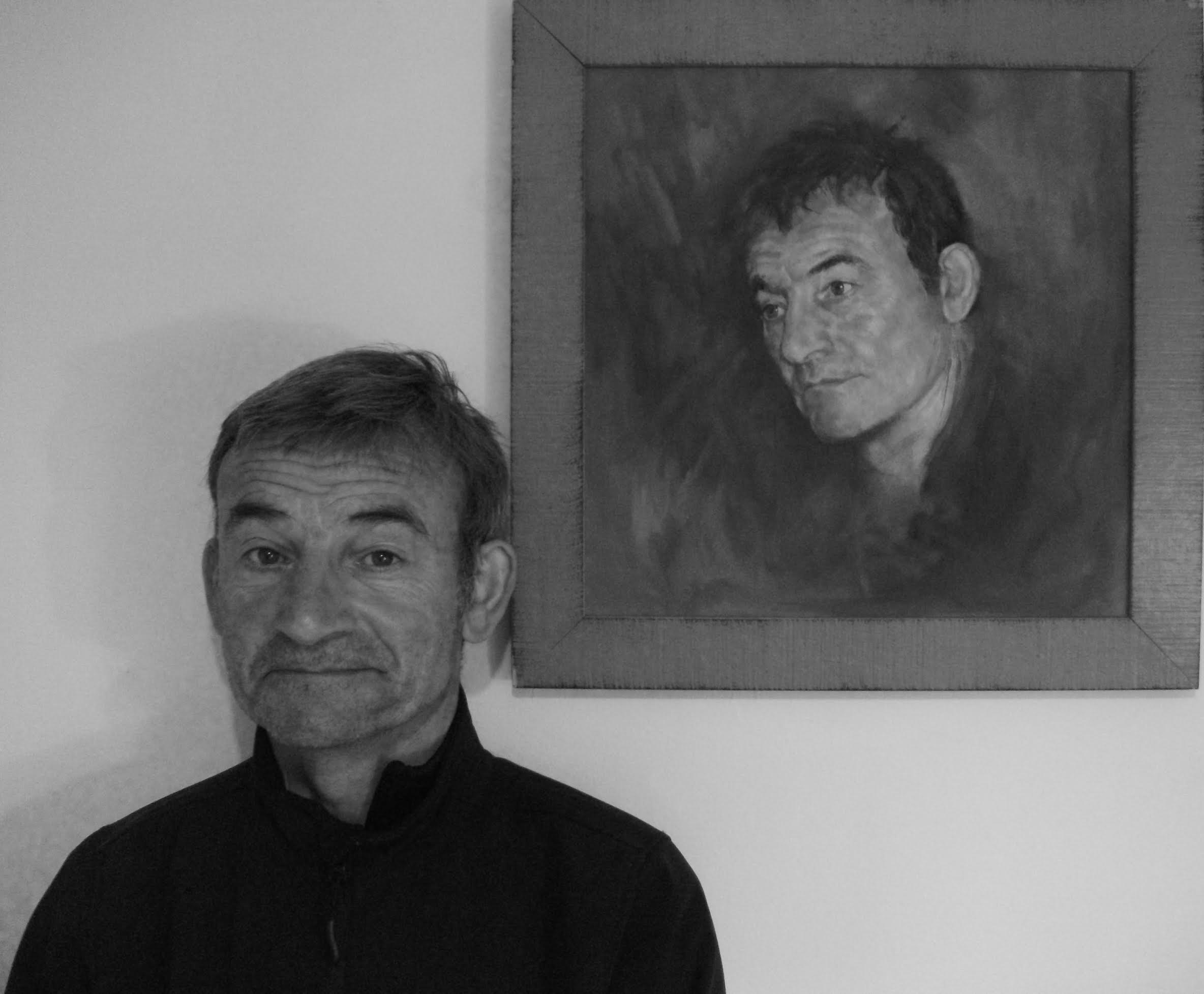 “A picture is worth a

David Cooper is a figurative artist living and working in Framlingham, Norfolk, UK.  David grew up surrounded by horses. His father worked in the racing industry, and from an early age David showed precocious talents at both sitting on a horse and drawing. By the time David left school the family had moved to London for his father to take up a position running a butchers shop in the East End. At school David excelled in art, gaining a grade A in both O and A level and on completion of his A level a scholarship at the renowned Goldsmiths College beckoned. The financial situation in the family at the time unfortunately made this an impossibility, and David’s second love drew him into racing, where he became an apprentice jockey. He worked in racing yards in both Lambourn and Newmarket and painted as a hobby throughout all of this time selling many of his works of racing scenes to friends and colleagues within the industry.

Having reached the position of head lad in the racing yard, which is about as far as one can go, he moved to work as an Animal Health Technician at the Rossdale’s Equine Hospital in Newmarket. During his time there he put himself through college, achieving a City and Guild’s in art at the West Suffolk College. In 2005 he was offered a full-time place at the Anglia Ruskin University to read fine arts. He graduated in 2007 with a BA honours in Art and Illustration and followed this with a teaching certificate. He now divides his time between teaching and painting.

David has inevitably been influenced by the equine artists who have gone before him, particularly Munnings, Stubbs and Lucy Kemp-Welsh. He is fortunate to live in Newmarket, as between the Racehorse Museum and the Jockey Club Rooms there are around a dozen Munnings and Stubbs paintings to enjoy. His painting style has been influenced by the French Impressionists, which he greatly admires. As with many artists he likes to construct a painting following the creation of preliminary sketches with colour notes, compiling drawings, and then experimenting with various styles and techniques to convey the emotion, movement and light of the scene he is trying to capture. He works happily in almost all media but is particularly effective with pen and ink and oil on canvas. 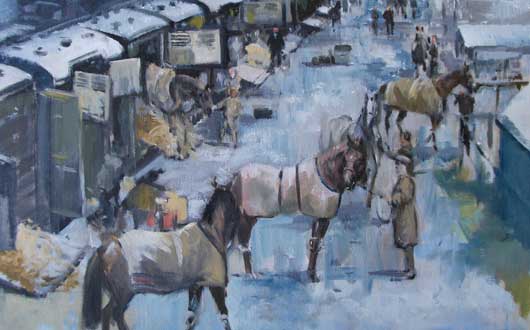 A Word from the Artist

In my own work my main passion is to convey movement in animals, particularly the horse. I think it is possible to convey movement in a painting far more effectively than in a photograph. I have always had an enquiring mind into the way horses move. My time at the Equine Hospital taught me a lot about anatomy and the bio-mechanics of movement, how the horse gets itself into motion. When a horse “jumps off” from the stalls at the start of a race, it goes from stationary to around 35 miles an hour in a few strides. That is the equivalent of getting a jumbo jet airborne off the runway. It involves huge forces. It’s capturing this power, this movement, and the play of light on the horse’s skin, that has formed the basis of my efforts in painting ever since.

Teaching is a very important part of my life. I believe that everybody can draw and paint and I get great pleasure from bringing this out of people in my classes.

I have had three one-man shows at Brancaster in Norfolk and a major exhibition “Movement and Light”, which was held at the Edmundson and Hall Gallery, 25 Exeter Road, Newmarket CB8 8AR, between the 24th September and the 6th October 2017.

I welcome commissions, particularly in fields outside of mainstream equine art, as this is an area which I am excited to explore further.

I update my website regularly with recent work, upcoming art classes and exhibitions.