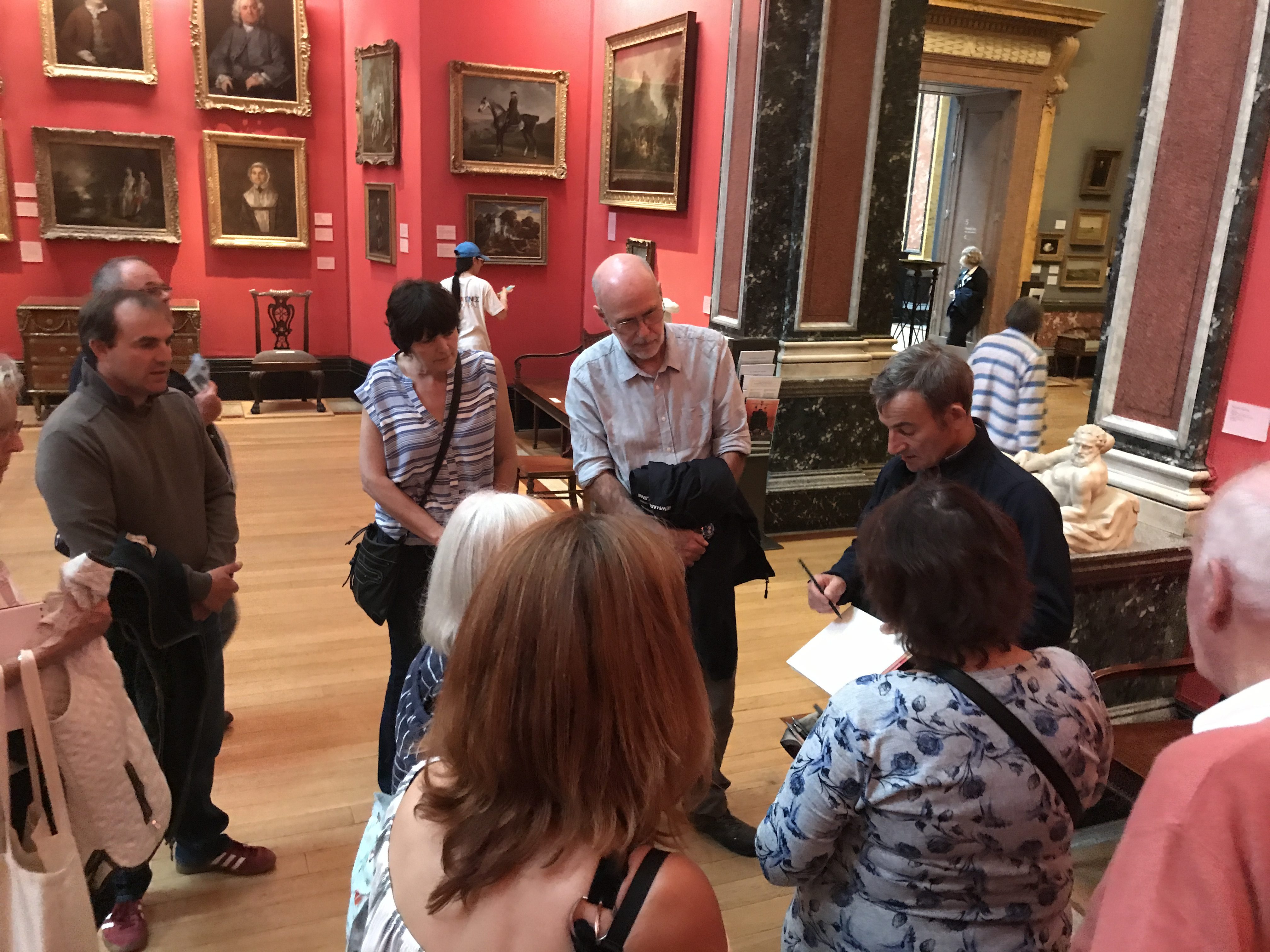 Posted at 09:38h in Art Classes by Publicity
Share 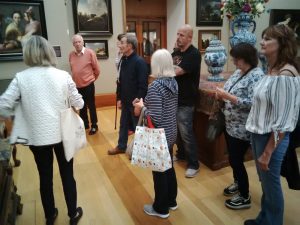 Instead of a routine art class this week, I took the art group to the Fitzwilliam Museum to look through the history of painting. We began with the medieval paintings, mostly religious paintings, including some Byzantine icons,  and worked right through to post impressionism.  Despite having no formal art education many of the group were perceptive in appreciating the change from essentially “flat” to  2-dimensional paintings of the mediaeval period, through to the voluptuous realism of the renaissance artists and finally the increased awareness of perspective and light , which became obvious through the period of the Dutch masters. We then moved onto look at Victorian art and how it had been influenced by artists such as Rembrandt, and finally to the impressionists. 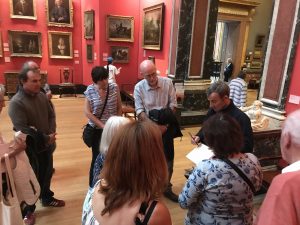 The Fitzwilliam Museum is a fantastic facility available free of charge to all and there is really too much to see in one visit. On this occasion we limited ourselves to the art, and even then one can be overwhelmed.  Feedback from the group was good, all of them enjoyed it and many of them said they had learned a significant amount, just on the basis of that one visit; we will almost certainly do this again.